This had been an exciting and challenging project for me and my friends (N.E.A.R music). This movie is all about action, drama, comedy. So we have to be smart capturing the mood of every scene, and put it into our music. We love the movie and enjoyed the process very much. Can’t wait to watch it in the theaters. 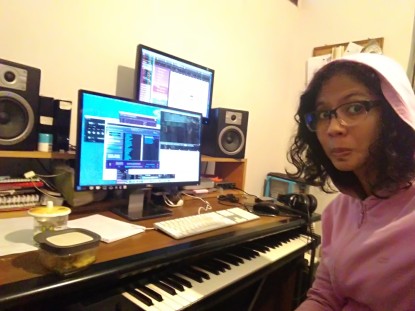 I completely forgot about this, until I found it again today on youtube. That’s me on the far left, trying really hard to keep the beat.. Hahahahaha…

It was from Music Republicain student concert on December 2014 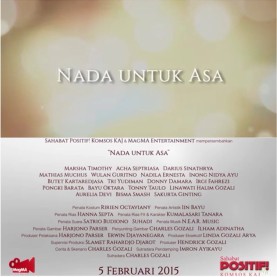 Christmas 2014 I read a message on my phone from Pak Yoyo (Satrio Budiono, reputable sound editor) that there’s a movie going to be released soon and has no music scoring yet, and they’re looking for someone to make the music. Pak Yoyo asked if any of us interested (he post this message in a whatsapp group). So I instantly said “YES! I’ll do it”.

So he gave my number to the production house, and I contacted my friends to teamed up for this project.

The movie “Nada Untuk Asa” coming to theaters February 5th, 2015. Directed by Charles Gozali. It’s a great and very touching movie. I myself cried a little when I watch it for the first time :-p

Tomorrow 7.30pm! The recital of 3 film scoring students and 2 extension program students of Sjuman School Of Music. It’s gonna be great! Come and enjoy the music, and the movies. 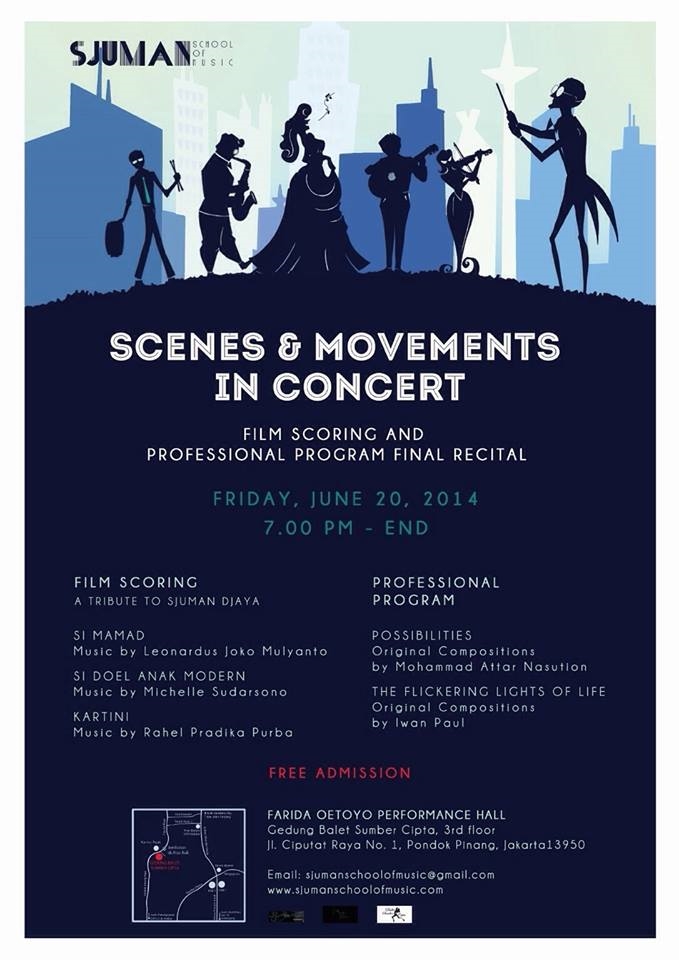 Here’s a peek from the rehearsal. That’s me on the keys

Yeaayyyy finally this this movie is playing in 21cineplex theaters! We started working on this project few months ago. It was so exciting and very challenging, because this is our first time making music together for a real cinema movie. 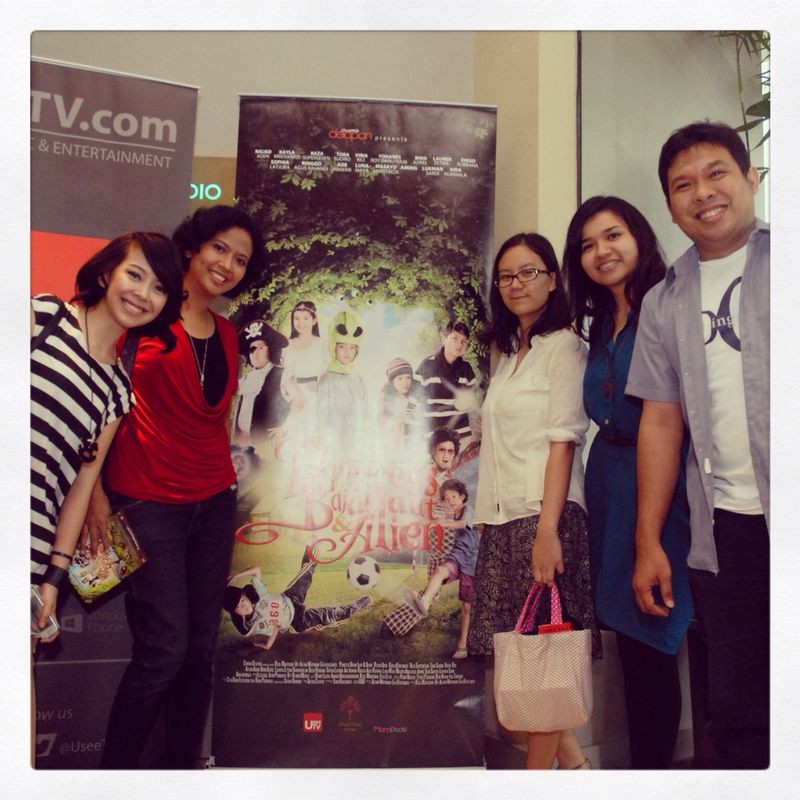 So please come and watch the movie, bring your children and the whole family and watch it together. Let’s support Indonesian film, specially not so much children’s movie that we have here in Indonesia. I hope you enjoy watching it 🙂

Here’s a video from the JICC (Jakarta International Community Choir) Saturday Night Fever concert on March 17th, 2013. I was asked to make a medley acappella arrangement of these two songs for the concert, Fifth Of Beethoven and Jive Talkin’. It was quite challenging because these two songs were popular, and I wanted to make it sound “new”. I tried to come up with something interesting and modern, so I mix it up with beatboxing. I also beatbox for this song :-p (not on stage but from the sound mixer control room)

And here’s some pictures from the concert. Lots of fun!

Whoa! It’s been a long time since I wrote here..! Been busy and not in the mood for updating the blog :p

Here’s a recording (thanks to my brother who recorded in the handycam) from the Ponpin Film Scoring Recital at Goethe Haus (Feb 17th, 2013). When I get the video recording with better audio n video quality, I will upload it again.

I composed the music for this film as my film scoring class final project. The film was directed by Ksusha Savina.

Unfortunately, after the recital I lost my original full score. I put it in the backstage, while we were having a photo session. When I went back to the backstage, it’s gone already. Don’t know who took it 😦

Untill today, I’m still hoping that I will have my original full score back to me. So please anyone who has it, give it back to me..

This recital is gonna be awesome. 6 short films, and the music will be played live. The music includes string quintet, clarinet, piano, 2 guitars, and drums. The 6 composers are : Areza Riandra, Asri Dewi Lestari, Ario Seto, Renaldi Wicaksono, Ricky Tjitradjaja and me, Nanin Wardhani. Each of us compose the music for 1 film, and conduct. (I’m very nervous, this will be my first time conducting)

For the opening there will be one classical piano performance Carolyn Alphonso and jazz performance of two original compositions by Attar Nasution and Iwan Paul.

Here’s some pics from today’s rehearsal. (Pictures courtesy of Asri Dewi Lestari). I’ll see you all at Goethe Haus on Sunday 7pm 😀 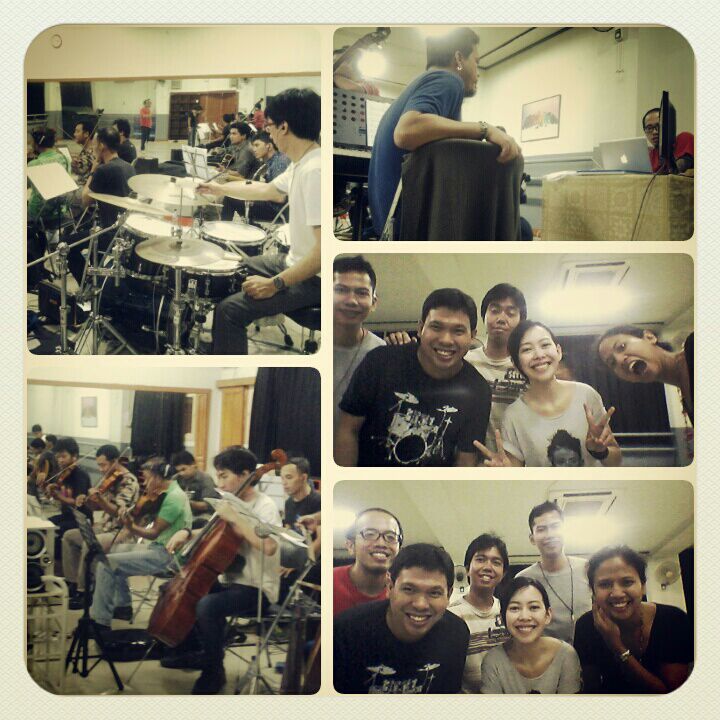 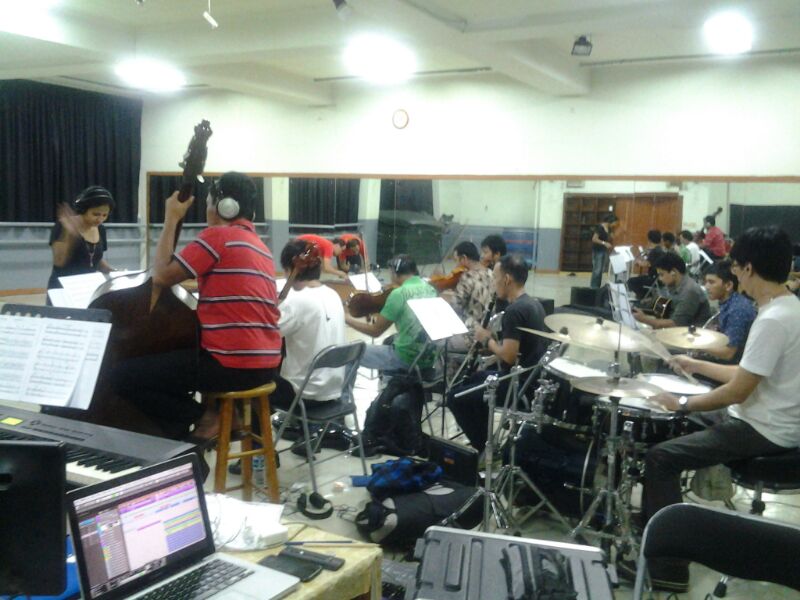 Nanin Wardhani
Create a free website or blog at WordPress.com.